You might believe that Rockstar Games has done everything possible to improve GTA Online, but you’d be wrong. Although the GTA 5 online expansion has a number of features, it lacks one for which players have been clamoring for a very long time: fast travel.

But it seems like Rockstar is finally paying attention now that people have been requesting it for so long.

Tez2 claims that Rockstar conducted a survey on GTA+ to see which features players utilize the least and the most. Fast travel and access to “classic Rockstar titles” were two aspects that Rockstar mentioned as being considered for the game in the same poll.

We’re interested to see how the majority of GTA Online gamers will react if Rockstar follows through with this proposal. There aren’t many incentives in GTA+ right now.

In terms of mechanics, there are ways to go quickly in GTA Online.

Players may, for instance, use a cab service to travel to a specific location on the map. However, there is currently no mechanism for players to quickly travel anywhere in Los Santos. Therefore, GTA+ members will have a major edge over non-members if the change is adopted.

According to the results of the GTA+ survey, gamers in GTA Online will be able to “quick travel around Los Santos and Blaine County free of charge,” according to Tez2. At the very least, we may interpret this as Rockstar testing the fast-travel function on GTA Online before including it in GTA 6. The map of GTA 6 is anticipated to be substantially bigger than the ones in GTA Online and GTA 5.

Sadly, the survey doesn’t make it clear how Rockstar would put this system in place. However, the prospect of using a well-implemented fast-travel function in the game has GTA Online users salivating. 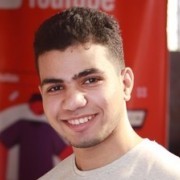